What Is Kombucha and Why Is It So Beneficial for You?

What is Kombucha?  Kombucha is a fermented beverage consisting of black tea and carbohydrates from various sources such as honey, fruit, or cane sugar.

It contains a colony of yeast and bacteria that begin the fermentation process after it is combined with sugar. These carbohydrates are used as a functional food which supplies the yeast with nutrients to grow. After the fermentation process is complete, kombucha then becomes carbonated and consists of enzymes, probiotics, vinegar, b-vitamins, and a high concentration of acetic, gluconic, and lactic acids all of which contribute to the following effects: 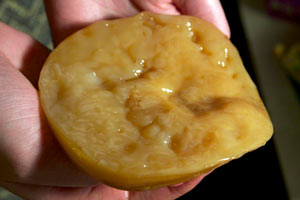 The sugar-tea combination, because it is fermented using bacteria and yeast, is generally referred to as symbiotic colony of bacteria and yeast, or "SCOBY". Although kombucha is typically made with black tea, it can also be made with green tea. Kombucha is something one can make at home or it can be purchased at Nutrition World for $.26 an ounce. Our kombucha is locally brewed by Blue Indian Kombucha.

An article published in the Food Microbiology journal stated that a specific combination of probiotics interacting together in a unique way produce astonishing health benefits for those who drink kombucha. The following probiotics make up this health elixir:

By the Chinese it is known as the "Immortal Health Elixir," because of its tremendous health benefits. Researchers from the University of Latvia say, “It is shown that [Kombucha] can efficiently act in health preservation and recovery due to four main properties: detoxification, anti-oxidation, energizing potencies, and promotion of boosting immunity.” Here at Nutrition World we strongly believe in the health benefits of kombucha. Research has narrowed down the benefits to 6 essential ones.

Kombucha is a fermented beverage consisting of black tea and carbohydrates from various sources such as honey, fruit, or cane sugar. Click To Tweet

Kombucha’s ability to detoxify is endless. An example of this would be, in one study, the liver cells were shown to be protected against oxidative injury and it maintained its normal physiology in spite of it being exposed to a toxin. This was probably due to its antioxidant characteristics.

The principal reason that kombucha supports the digestive system is because of its high levels of acids, probiotics, and enzymes. Some research has indicated that kombucha has the ability to heal leaky guy and stomach ulcers and to be as effective as prescription drugs such as Prilosec. Kombucha is also shown to aid in stopping the overpopulation of candida yeast within the gut due to its ability to restore the digestive system with apathogens, or good bacteria. Another thing to remember is that when it comes to digestive problems they can sometimes get worse before they get better. Therefore that doesn't mean that kombucha isn’t effective or that it’s exacerbating the problem, for some gut issues it isn’t a straight path to healing. 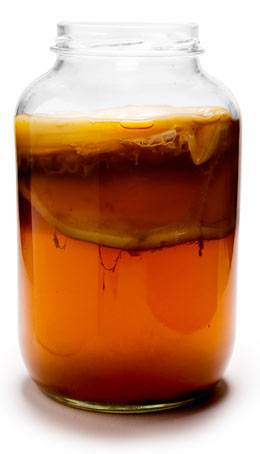 Kombucha’s capability to energize people is credited to the development of iron from the black tea during the fermentation process. Because the iron is chelated it helps boost blood Hemoglobin while improving oxygen supply to tissues and prompting the body to create more ATP at a cellular level. It also contains caffeine in very minute amounts and b-vitamins which aid in energy and metabolism.

The antioxidant properties that kombucha has allows it to control free radicals in our bodies. It has been clinically proven to decrease the levels of oxidative stress and related immune-suppression. It contains a powerful antioxidant found during the fermentation process, not found in black tea alone, called D- saccharic acid- 1, 4-lactone, or DSL. Along with the probiotics supporting the immune system, scientists think that DSL and vitamin C present in kombucha are the essential secrets in protecting against cell damage, inflammatory disease, tumors and overall depression of the immune system.

Kombucha can aid in the healing process, repair, and prevention of joint damage in numerous ways. It is loaded with glucosamine that increases the production of synovial hyaluronic acid. This action supports the preservation of the joint collagen which prevents arthritic pain. In the same way, it also supports collagen of the entire body.

From a study conducted in 2005, data showed that kombucha limits fat accumulation and increases metabolism. It makes sense that kombucha would aid in weight loss since it is high in acetic acid, just like apple cider vinegar, and polyphenols.

Nutrition World offers the highest quality professionally produced Kombucha you can find anywhere.  Blue Indian Kombucha is filled as you order it from a keg at the store which allows for super freshness and potency.  For anyone who does not like the taste (I love it) but understands the importance of supplementing to increase health in the colon which equates to health everywhere, we have the ultimate selection of probiotics anywhere!