The dangers to our health sometimes feels daunting when you see the struggles around us with so many facing poor health and ineffective treatments.

Friends and family can often become trapped in the medical machine that sometimes saves us and other times does the opposite.  I personally became very acquainted with one of the many killers that can threaten our health called Clostridium difficile.  This infection kills 300 per day it is most often brought on because of the overuse of antibiotics and a weakened immune system.

This article is important to me because this is what killed my beloved father years ago.  Dr Murray’s article that follows makes a very strong point as to safe methods that address Clostridium Difficele but primarily speaks on the frustration we see in the flat refusal of traditional medical thinking to embrace the miraculous technology that has been present for decades.  Instead of recommending products that already have strong evidence for effectiveness, they endorse a “fecal pill” which is something that is purified stool from another person and you swallow it.  We have known for so long that the implanting of the proper levels of “good bacteria” is crucial to preventing the overgrowth of “unhealthy bacteria”, but many experts are convinced we can accomplish this with products already available without ingesting someone else’s poop.

I consider Nutrition World to be the leading location in Chattanooga for the highest quality, best selection and most effective probiotics anywhere.  We just added a new probiotic by Life Extension that has solid evidence of helping maintain the optimal levels of cholesterol and other lipids in the blood which is revolutionary!   I never ceased to be amazed by the power and benefits of healthy bacteria.  For more information on the Life Extension Probiotic, click here.

B.M. Hegde, an internationally renowned medical doctor, in a lecture at Tia Sofia Institute, stated that what medical science knows could be held in one hand, and what medical science does not know would fill the rest of the universe.  As always, follow your instincts and wisdom in making decisions on any treatments regarding your health and this certainly includes both medical and nutritional. 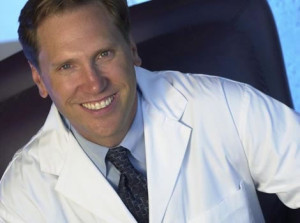